Building a case for the skid to sit inside is, to us, money not well spent. Because of this, we had our design team work on something a little more ethical and something that would save our customer money.

The end result being a case built around the Skid, which was secured to the steel base.

This was achieved by securing blocks inside the ridges of the skids steel base. After doing so, we fixed beams to the blocks which then supported the plywood shell. The plywood was screwed to the beams to make it easier for our customer to unpack the case, but also to enable them to re-pack it in the future once their operation had finished.

A door was fitted to the case which allowed our customer to inspect the skid before it was shipped out. With a normal case this would not have been possible without the hassle of unpacking it, so proved to be great time and money saver.

If we had not designed the case the way we did, the customer would have had to pay more money to have our projects team go abroad and re-pack the skid on site. 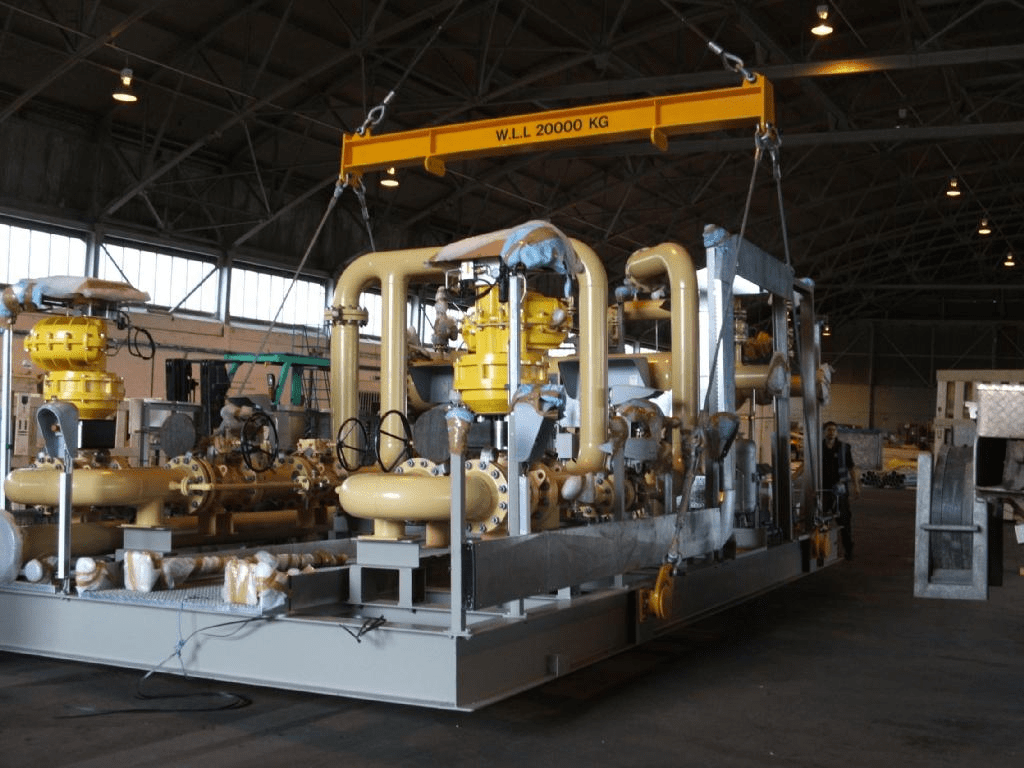 Leading Manufacturer Of Pipes For The Oil & Gas Industry, UK